Proposal to appoint a new independent Board member

The ESI Group’s Board of Directors, on the recommendation of the Compensation, Nomination and Governance Committee, will propose the appointment of a new independent Board member, Mr. Yves de Balmann, at the Annual General Meeting of July 21, 2016.

Alain de Rouvray, ESI Group’s Chairman and CEO, says: “We are particularly pleased and honored to recommend the appointment of Yves de Balmann as a new independent member of our Board of Directors. Yves de Balmann is already familiar with ESI Group, having been involved with the Group as a Board member between 2001 and 2008. Former Co-Head of Deutsche Bank’s investment banking division and founder of a major private equity company, Yves de Balmann has an in-depth knowledge of the international finance sector. His experience as a member of the Boards of various prestigious companies will be particularly beneficial within the context of the Group’s numerous recent acquisitions. Furthermore, his entrepreneurial expertise and his dual citizenship (US and French) represent valuable assets that will support ESI Group’s international development. His appointment will be submitted to the Annual General Meeting of July 21, 2016 for approval.” 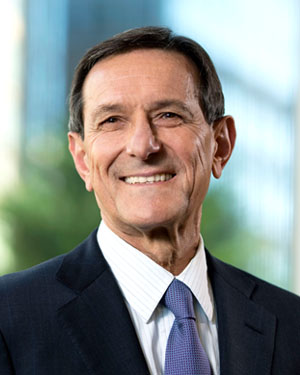 A graduate of Stanford University in the United States and Ecole Polytechnique in France, Yves de Balmann has extensive experience in capital markets, acquisition financing and international investment in private companies. Having begun his career at Citibank, where he was Division Executive responsible for all aspects of Interest Rate and Currency Derivatives, and Proprietary Trading in North America, in 1988 he joined Bankers Trust. When the latter merged with Deutsche Bank in 1999, Yves de Balmann was, until 2001, Co-Head of Deutsche Bank's Global Investment Bank (GIB) and a member of the Board of the Bank's Global Corporates and Institutions Division (GCI), as well as Co-Chairman and Co-CEO of Deutsche Bank Alex. Brown, the German bank’s US-based investment banking and retail brokerage business. In 2002, Yves de Balmann founded Bregal Investments, a major global private equity player of which he was Co-Chairman until 2012.

Based in California, Yves de Balmann is currently a director of Exelon Corporation (NYSE) and Conversant IP Management, where he is also non-executive Chairman, and a director of Sweetwater Spectrum, a non-profit organization.

If this resolution is adopted by the Annual General Meeting, the Board will consist of 8 members, including 5 independent members and 3 women.