6 March 2018 Paris, France
Redefinition of the Group Executive Committee to reflect the execution strategy of the Hybrid Twin™

ESI Group (FR0004110310 – ESI), leader and pioneer in Virtual Prototyping solutions, today announced the transformation of its management and operational organization, in line with the adaptation of its new Hybrid TwinTM solutions, representing industrial product in its development phase (traditional PLM), but also in its ‘in-service’ operational conditions (Product Performance LifecycleTM, “PPL”), as part of its global “Objective 2020” strategy. This transformation aims to bring the Group’s business and executive management in line with ESI’s new value proposition, based on the pace and disruptive evolution needs of its industrial customers. The Group’s organization is now structured, in alignment with the challenges of the Industry 4.0 and Smart Factory and the Outcome Economy, around three business pillars: “Engineering” (design and development of industrial products), “Manufacturing” (manufacturing of products) and “In-Service” (usage, control and maintenance of products, from launch to withdrawal).

In this context and to support this fundamental reorganization, Christian Matzen, GEC member, is promoted to Executive Vice-President Sales and Marketing (EVP S&M), and Dominique Lefebvre is appointed Director of Product Operations and joins the GEC.

The constitution of ESI’s Group Executive Committee is now fully aligned with the Group’s new strategic vision from Virtual Prototype to Hybrid TwinTM and now gathers the following members (from left to right): 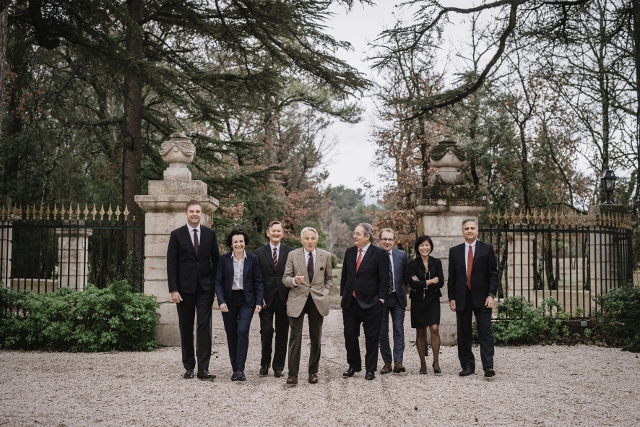 Christian Matzen is a graduate of the Technical University of Braunschweig (Germany) and received an Executive MBA from the Kellogg Graduate School of Management at Northwestern University in Chicago. Christian joined the Group as Managing Director of IC.IDO in 2011, when ESI acquired this virtual reality technology pioneer. He will draw on his operational and strategic expertise of industrial requirements to devise a new sales and marketing policy for developing large accounts and their supply chains, and also growing the customer base around the Group’s three recently defined business pillars. Christian was previously Executive Vice-President Immersive Virtual Engineering and Group Executive Committee (GEC) member.

Dominique Lefebvre holds an engineering degree from Ecole Centrale de Nantes (formerly Ecole Nationale Supérieure de Mécanique) and a Ph.D. in civil engineering from the University of Swansea, UK (1989). Dominique joined ESI Group in 1991 after a period as a lecturer-researcher in the Aeronautics Department at Imperial College, London. He has occupied many different roles within ESI, first in software development and then as production processes product manager, before being appointed Head of Product Management and now Product Operations. Dominique’s deep knowledge and long experience of ESI and its numerous innovative technologies will help keep the Group’s R&D in line with its new value propositions. Dominique joins the Group Executive Committee (GEC).